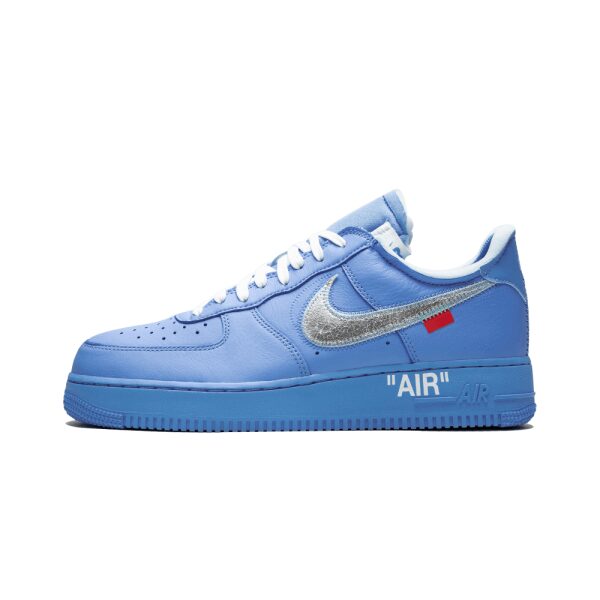 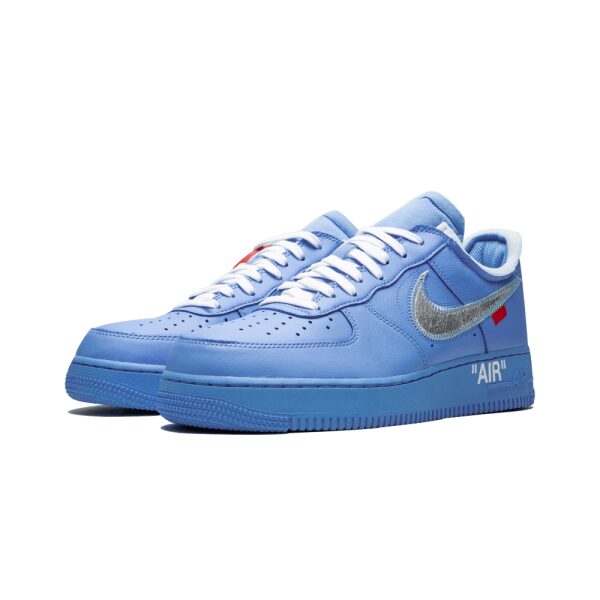 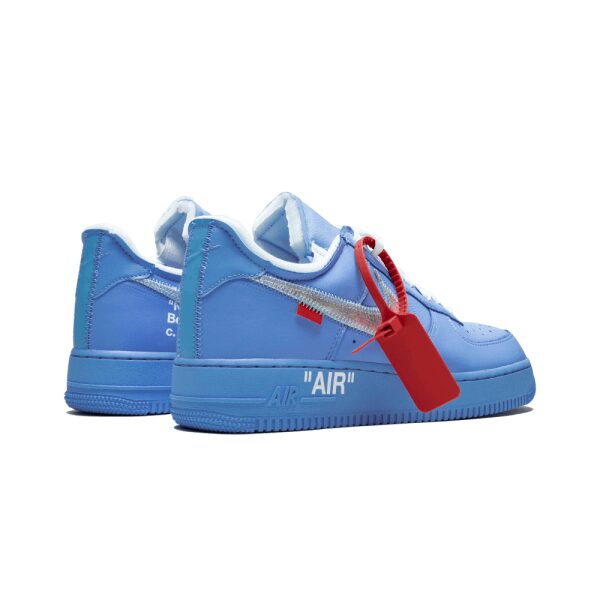 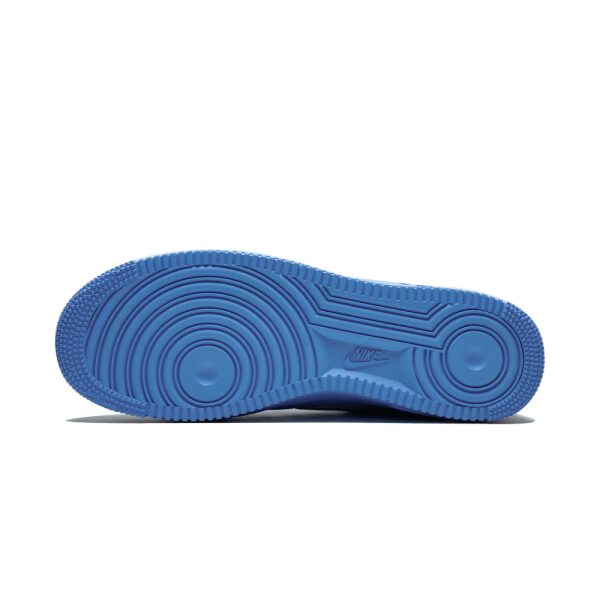 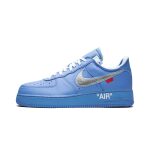 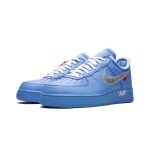 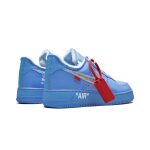 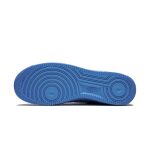 Buy this product to earn up to 1000 Yzydealer Loyalty Program Points.

Nike and Off-White are renewing their collaboration and unveiling one of their most limited pair of sneakers. The two brands are joining forces again to revisit the mythical silhouette of the Nike Air Force 1 after the popular AF1 Off- White Black already released previously. The model was initially revealed on social networks by Virgil Abloh , after he has customized a copy for the Serena Williams, before being officially announced by Nike.

Exclusively available at the Museum of Contemporary Art in Chicago, which is dedicating a retrospective to the work of Virgil Abloh, via raffle on the Em pty Gallery website and on the official website Off-WhiteThis ultra rare model is available now on YZYDEALER ! In this University Blue version, the Nike Air Force 1 Low Off-White consists of a light blue base. The upper is a mix of box leather with a silver-grey swoosh stitching contrasting with the colour of the pair. We find the branding typical of collaborations Off-White as well as the zip-tie and the red rectangle. The inscriptions signatures of Virgil Abloh are also present in white on the side of the pair. A pair here revisited in a colourful version for a summer under the sign of the sneaker!