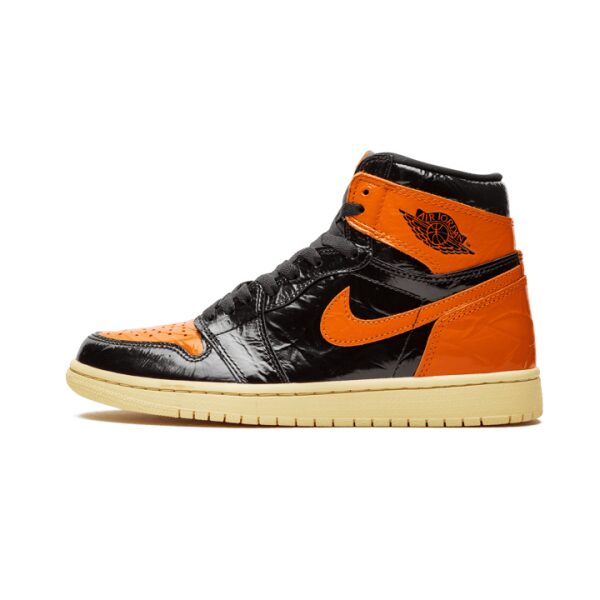 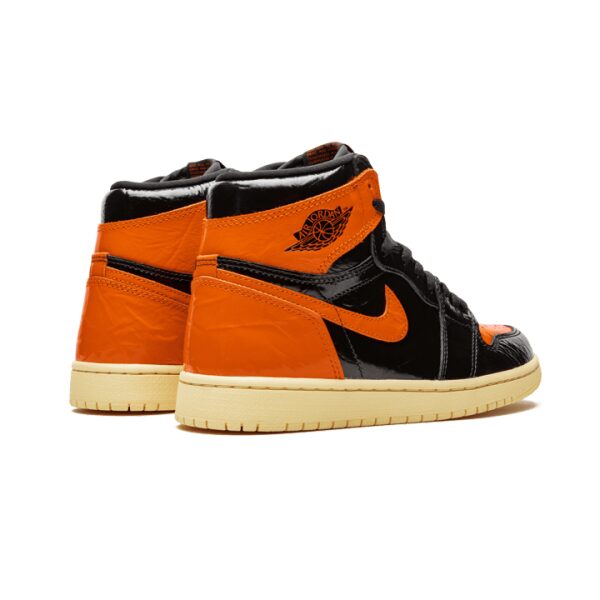 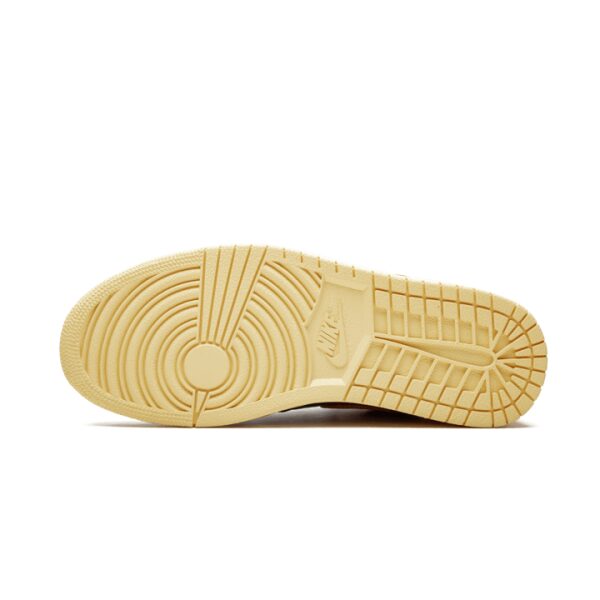 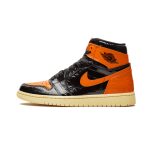 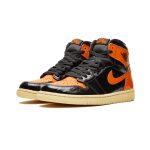 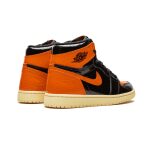 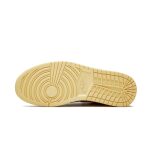 The iconic silhouette of the Air Jordan 1 is back this fall with a new colorway that pays tribute to the career of its creator. This new visual refers to the day in 1985 when Michael Jordan literally exploded the plexiglass panel during a match in Italy.

After the first version released in 2015, revisited in 2016 and then declined in a satin version, this model is back with the Air Jordan 1 Shattered Backboard 3.0. Reflecting the colours of the jersey Jordan wore during the match, this silhouette is made of black crumpled patent leather contrasted by orange yokes on the toe box, swoosh and heel. The whole is based on a beige sole.

With its emblematic history, this new edition will quickly arouse interest and become a must-have for sneaker lovers and Jordan’s many fans!